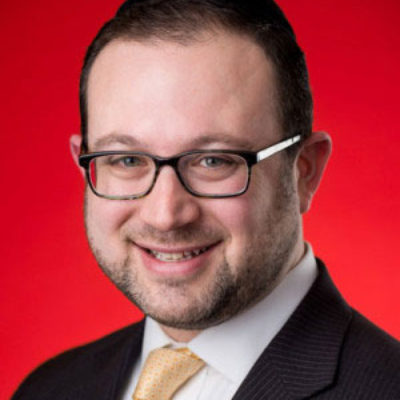 Rabbi Josh Winter
Director - Aish Campus
Rabbi Josh Winter, originally from Chicago, moved to Israel after graduating with honors from the University of Illinois at Urbana/Champaign in 2001. After receiving his rabbinic ordination, he completed a law degree at the Hebrew University of Jerusalem and worked at a large Tel Aviv law firm specializing in mergers and venture capital investments. His career might have been set if he didn’t have a strong desire to help the Jewish people. He and his wife Liz decided to dedicate their energies to Jewish education. In 2007 they moved their family to Los Angeles to work for the Jewish Awareness Movement (JAM) at UCLA. The Winters lived on UCLA’s fraternity row, hosting hundreds of students for Shabbos and other events, leading educational trips to Israel and other countries, and teaching Torah in a relevant and accessible way to college students.

In 2009 the Winters came to work for Aish NY, where Rabbi Winter eventually became the Campus Director overseeing the talented team of campus educators and support staff. He travels to all of the Aish NY campuses to teach, meet with students, and provide ongoing training and guidance for the campus couples. Rabbi Winter also serves as a Religious Life Adviser at Columbia University, where he teaches and counsels students. Josh, Liz and their six children reside in Northern New Jersey.

Join our community of inspired young Jewish adults. Jewish adults who look at what Judaism offers and realize its beauty; who understand the Jewish laws and customs and see the depth of their wisdom; who look at our history and recognize that it is through strength of spirit and faith that Judaism has stayed alive for thousands of years. Join us on your campus to learn, to socialize, to debate and discuss, to explore. To get inspired.
© 2017 Aish On Campus - Web Design by hipeDIGITAL.